“A woman is her mother. That’s the main thing.” These two lines from the poem “Housewife” by Anne Sexton certainly describe the mother daughter relationship in Fudge Day. On one side we have Mitzi, a single mother raised in the world of the imagination. Poetry, fiction, and film have defined her life. Mitzi, a writer who cannot manage to finish her novel, is the kind of mom any literary woman might imagine herself to be, bringing up her daughter, Audrey, with all the wisdom she’s embraced from her books and desiring her own masterpiece to be perfect.

On the other side is Audrey, affectionately nicknamed Scout by Mitzi after the daughter of Atticus Finch’s in Harper Lee’s novel, To Kill a Mockingbird. Audrey, like any teenage girl on the cusp of realization, rejects her mother’s eccentricities in an attempt to hold on to her innocence and maintain a life that might be considered normal.

But Audrey, too, has been raised in the imagination. She comes to see the deeper reality that all those authors she’s read attempt to convey, what it means to be human: fragile, tenuous, and afraid to be alone. Thanksgiving sets the scene for this coming of age story when Mitzi realizes she cannot hold on to Audrey forever and Audrey comes to realize that she herself will never be able to let go.

Milwaukee poet Jen Reid has twice been nominated for a Pushcart Prize. Her writing has appeared in such journals as Lit Rag, Knock, Redactions, Willow Springs, and Town Creek. She is the Director of Student Communications at Marquette University and also teaches rhetoric and composition there. 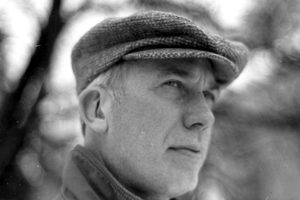 In all of his writing Rich Skalstad demonstrates a clean discernment of place and the interplay between our interior and exterior landscape, and of how language and words mean to us. Characters that develop beyond a single work intrigue him. He is the author of The Jones Trilogy, noir legal thrillers, and he has written a sequel to Fudge Day, The Christmas Ship.

Valen was born in San Jose, California. He graduated from San Jose State University in Communication Studies with a major in computer mediated communication. Information Architecture was his major area of study for his master’s degree in Library and Information Science, also at San Jose State. He has studied Digital Art with Bert Monroy, Corey Barker, Derek Lea and Don Seegmiller. He learned the basics of acrylic painting and drawing with Charles Sovek. Valen’s favorite media are: pen and ink, watercolor, egg tempera, pastels, charcoal, and acrylic.

For his digital work, Valen draws with a Wacom Intuos3 9×12 tablet. His interest in digital painting attracted him to the project of creating the Colonus Publishing Web site. Digital art appeals to him because he has precision and control over his strokes, and can fix mistakes quickly and easily. He enjoys the ability to save several copies and versions of the same piece, something that is not possible with traditional media. There are no toxic chemicals to breathe or touch. There are fewer hassles with support, and no time spent waiting for paint to dry. He does, however, claim that there are instances when watching paint dry entertains.

His interest in the book design and illustration of Leaving Parma grew out of his development and design of the Colonus Publishing Web site and from his response to scenes from Leaving Parma.