The Christmas Ship is a delightful story about a young woman’s search for family. It is the sequel to Fudge Day, in which twelve-year-old Audrey Michaelsen was confronted with those convenient but false stories of family tradition told forever at the Thanksgiving table. In The Christmas Ship, Audrey, now a university art student, reveals the hard truths about those stories.

As Audrey recounts for us her mother Mitzi’s life-long struggle to finish that one great American novel, she weaves an ambitious tapestry of literary and artistic references. The Christmas Ship breaks new ground in probing for an understanding of the mystery of how writers and artists find the inspiration to create their works. And as family secrets unravel, Audrey comes to reject the traditional definition that claims family as mere biology in favor of creating for herself a different kind of family.

“A woman is her mother. That’s the main thing.” These two lines from the poem “Housewife” by Anne Sexton certainly describe the mother-daughter relationship in Fudge Day.

On one side we have Mitzi, a single mother raised in the world of the imagination. Poetry, fiction, and film have defined her life. Mitzi, a writer who cannot manage to finish her novel, is the kind of mom any literary woman might imagine herself to be, bringing up her daughter, Audrey, with all the wisdom she’s embraced from her books and desiring her own masterpiece to be perfect.

On the other side is Audrey, affectionately nicknamed Scout by Mitzi after the daughter of Atticus Finch in Harper Lee’s novel, To Kill a Mockingbird. Audrey, like any teenage girl on the cusp of realization, rejects her mother’s eccentricities in an attempt to hold on to her innocence and maintain a life that might be considered normal.

But Audrey, too, has been raised in the imagination. She comes to see the deeper reality that all those authors she’s read attempt to convey, what it means to be human: fragile, tenuous, and afraid to be alone.

Thanksgiving sets the scene for this coming of age story when Mitzi realizes she cannot hold on to Audrey forever and Audrey comes to realize that she herself will never be able to let go.

Milwaukee poet Jen Reid has twice been nominated for a Pushcart Prize. Her writing has appeared in such journals as Lit Rag, Knock, Redactions, Willow Springs, and Town Creek.

She works as Student Affairs Communications Director at Marquette University and also has taught rhetoric and composition there.

With an irresistibly zany and vaudevillean energy, these poems begin in an anecdotal mode fully suited to recounting a 2,523 banjo hootenanny or a party at which the host serves 800 scrambled eggs—enough to fill a plate the size of a hot tub. That mode gains depth and resonance, turning toward the elegaic, the poignantly surreal. In one poem, the speaker alternately smears and cleans a sliding glass door until he can look through it and see those “. . . animals on the edtes of time, performing / the rituals from which they were born.” Each of Scott Poole’s artfully colloquial poems visits the “. . . places / we never thought / we would go for love / or the loss of it.”

Author of The Voluptuary, Blood-Silk, and The Wild Awake

I’ve walked into a sliding glass door on more than one occasion. They look left open, or somehow you just don’t notice. They’re tricky that way. Scott Poole’s poems are like that, too: clear and wide and inviting, with a crazy fun party going on inside, then wham—you’ve smacked into something you didn’t know was there, some sorrow, or wisdom, or rearrangement of the way you see the world. So go ahead and laugh your ass off because lots of these poems are hilarious. But be prepared to crash headfirst, too, into truths you may have overlooked and into moments of daily beauty you didn’t know were there.

Like most of us you probably crave a world where men sit around listening to tape recordings of their deceased wives doing the dishes; a world where there are deeply disturbed fish that move slowly through cold, dark water kissing the asses of other deeply disturbed fish; a world where an old man can still destroy his whole village simply by owning an elegant billy goat. If this is you, then you have come to the right place. Scott Poole’s The Sliding Glass Door is, among other things, sometimes very strange and always very funny—it puts a reader under its immediate spell. What are you waiting for? It is time to read The Sliding Glass Door.

Michael Earl CraigAuthor of Thin Kimono; Yes, Master; and Can You Relax in My House

The house depicted on the cover of Leaving Parma is on 6th Street in Parma. It was known as “the big yellow house,” and was once owned by C. Ben Ross, the first native born governor of Idaho. It was purchased by Angie’s grandparents, Lou and Marcy Emery, when they bought the Farmers Insurance Agency in Parma in 1963. It was here they raised their four children.

Craig Emery, their oldest child, was killed in Vietnam in 2970. He had been an Idaho state wrestling champion, and was awarded an athletic scholarship upon his graduation from Parma High School. Instead, he joined the army in 1969 on the buddy plan with his best friend, Jack, and the two were sent to Vietnam.

Taking the combat death of her uncle as the beginning point, Angie investigates in her memoir the nature of loss and its effect on the human spirit by exploring the stories of three generations of her family and of the people of Parma. 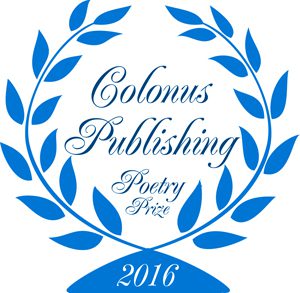 Colonus Publishing proudly announces Michelle Bonczek Evory as the winner of the Colonus Publishing Poetry Prize for 2016. Michelle is our second poet in a landscape in the grand tradition of Gilbert Highet’s book Poets in a Landscape that celebrated the connection of the character and personalities of the greatest Roman poets to place and nature. We at Colonus proudly salute Michelle Bonczek Evory, who can not only capture the landscape of the executioner’s chamber, but also that of time itself through Meriwether Lewis’s telling of a burial mound. Please click on the following link to read Michelle’s award winning poems. 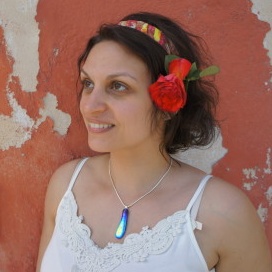 In 2013, Michelle’s poetry was featured in the Best New Poets anthology. In 2015, Michelle and her husband, the poet Rob Evory, were the inaugural Artists in Residence at Gettysburg National Military Park.

She has worked as an editor and reader for poetry publishers Eastern Washington University Press, Lost Horse Press, and New Issues Press, as well as the literary journals Third Coast, Willow Springs, and Redactions: Poetry & Poetics, which she co-founded in 2002. In addition to the literary side of publishing, she has also worked as a freelance editor for the McGraw-Hill Companies.