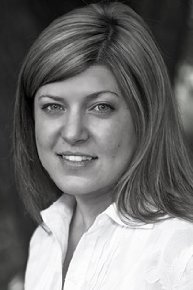 Angie Sarich takes as her beginning for Leaving Parma the combat death of her uncle, Craig Emery, in Vietnam. Craig was killed at Tay Ninh in 1970 eight years before she was born. The violence of that despoiling still resonates through her family and their town.

But Leaving Parma is a deliberation fundamentally not about loss, but about honesty: how the disease of Graves’ affected Angie; how her brothers, who were stars on the football team at Parma High like their uncle, Craig, came to terms with the fact that they will never play college ball; how her mother accepted her marriage was over; how her grandparents contested with the loss of their first child. When her grandfather died in October of 2006, his ashes, according to his wish, were buried in the Parma Cemetery in the grave of his son.

Leaving Parma is a memoir, a story of Angie’s true emotion. Angie Sarich is a graduate of Seattle Pacific University and a graduate of the writing program at Eastern Washington University in creative nonfiction. She has worked a number of years as support staff in the medical field and currently works in Boise for Rehab Systems, Inc., a provider of orthotics and prosthetics .